THE GARDENS AT MONTICELLO, with PEGGY CORNETT & ELEANOR GOULD

THE GARDENS AT MONTICELLO, with PEGGY CORNETT & ELEANOR GOULD

LISTEN TO THE PODCAST

275, that’s how old Thomas Jefferson would be this year. The Statesman and third president of the United States, was born on April 13, 1743. Besides his political history, Jefferson was also a studied, curious and acquisitive gardener and plant lover.

With not only Jefferson’s birthday, but Virginia’s Historic Garden Week happening this month, this week on Cultivating Place we’re joined by two members of Monticello’s horticultural staff: Peggy Cornett, Curator of Plants and Eleanor Gould, Curator of Gardens. With them, we explore the legacy of Jefferson’s beloved gardens in all their complexity and scope.

Peggy and Eleanor join us from the studios of WVTF in Charlottesville.

"No occupation is so delightful to me as the culture of the earth, and no culture comparable to that of the garden.”

Peggy and Eleanor, along with all the horticultural staff of the Thomas Jefferson Foundation are tasked with researching, interpreting and preserving the history of the site for the present and future. The complex prism that historic preservation is and should be is pursued at Monticello through a variety of annual events, such as the Historic Landscape Institute in June, the Heritage Harvest Festival in September and ongoing archeological research.

The history of the site at Monticello of course dates back well before the time of Thomas Jefferson, the native plants, the topography, geology and indigenous cultures that formed the richness and diversity of the place are part of what drew Jefferson to the site originally. How to interpret and interweave the diverse human and non-human natural history into the story of a place is the joy and the challenge of historic preservation.

Jefferson was a lot of things – human just for starters. If you are interested in learning more about his gardening impulse, I would sincerely recommend "Thomas Jefferson’s Garden Book", edited by Edwin Morris Betts and with an Introduction by Peter J. Hatch, the former long-time director of Monticello mentioned by Eleanor and Peggy in our conversation. The book, published by the Thomas Jefferson Foundation in 2012, contains a large selection of his wide ranging garden notes, as well as other related writings from 1766 – 1824.

In his lifetime, Jefferson was a dedicated chronicler of things happening in his life and in the world at large. He kept many copious journals on different topics - including gardening and agriculture. Jefferson died in 1826, many of his public papers were transferred to what is now the Library of Congress in 1848. It wasn't until 1898 that many of his private papers - among them his so called Garden Book (one of several of his journals termed "memorandum" books) - were made more available to the public when they were donated by Jefferson's great grandson to the Massachusetts Historical Society.

According to a preface written by Edwin Morris Betts to the 1944 publication of "Thomas Jefferson's Garden Book", which included annotations and references to Jefferson's interest in and study of gardening from his other journals and correspondences, "(Jefferson's) Garden Book contains the most varied entries of all of Jefferson's memorandum books. The book that began as a diary of the garden became a repository for numerous interests of Jefferson.... Here is revealed what was probably the most absorbing of all of the interests of one who was a foremost philosopher of his time, Governor of Virginia, Secretary of State in President Washington's cabinet, Vice President and President of the United States, President of the American Philosophical Society for eighteen years, and founder of the University of Virginia. He was possessed of a love of nature so intense this his observant eye caught almost every detail of passing change in it.....The varied entries in the Garden Book not only show us what Jefferson was doing and planting at Monticello, Poplar Forest, and his other estates, but also give us a clue as to his interests in introducing new plants and in improving farming, horticulture, viticulture, and many other aspects of the rural life of his time."

The gardens at Monticello are many and various, but the vegetable terrace and perennial borders around the main lawn are notable. As with all gardeners in rural areas, protecting the crops and plantings was a primary concern for Jefferson as well. In some of her research, Eleanor Gould notes this interesting bit: "The entire garden area, some 8 acres, needed protection. Archaeologists found post stains which indicated as many as three separate fence lines had been built as the garden evolved. The fence of 1808 was the responsibility of a Mr. Watkins, who was employed for the purpose. He was hired for the fall to get the components for the paling fence assembled so Jefferson upon his release from the presidency the following spring could layout the precise course the 4000 foot fence was to take. The chestnut pickets or pales were 10 feet high the Locust posts 12 feet, The rails of heart poplar or pine. Mr. Watkins was admonished to make the fence strong with the pales so close together "not to let even a young hare in. " Jefferson gave detailed instructions as to how to proceed an estimate of the number of parts needed: 300 posts, 900 rails, and 7500 pales. Mr. Watkins had his work cut out for him. This fence would seem to have been Jefferson's crowning achievement against animal predation. If it could not protect his precious plants, what could?" ("Thomas Jefferson :Farmer" by Barbara McEwen).

For most of my life, I’ve had close family in Charlottesville, VA and so grew up visiting Monticello along with other sights of interest to the formation of the United States, but of course the depth of history as I mentioned goes deeper and wider than just that lens. That is the tricky thing about history, right? Understanding what lens we are looking through and trying to remember to consider what other lenses might tell this story differently. My aunt Bettina, my mother’s oldest sister, was the head gardener at Highland, the historic home of James Monroe, the fifth president of the United States. It was my simultaneously very literary and yet very practical Aunt Bettina, a life long organic gardener, le leche league member and garden club enthusiast, who introduced me to the idea of historic gardening, of cultural landscapes and the various and important narratives they convey. The last time I visited Monticello was for her interment several years ago now. I think these concepts to our own garden literacy, beyond what grows here, when it blooms, what to do with it.

The importance of preserving historic seeds cannot be overstated, in my opinion. And the concept of seed sovereignty is powerful.

If we lose the knowledge or ability to recognize and protect the vast diversity of plant life for the health of ecosystems around the world, as well as for human and wildlife food, for medicine, or for utility including beauty – where are we? We’re lost, and foolish, that’s where.

This conversation with Peggy and Eleanor reminds of the importance of historic preservation work on that level alone. Now is a great time of year to explore your local organic seeds savers, seed growers, seed libraries, banks and exchanges. In talking about the Heritage Harvest Festival held at Monticello in September, Eleanor references Southern Exposure Seed Exchange, managed by the Acorn Community Farm in Virginia, the exchange is an active part of the Heritage Harvest Festival. For more information on seed saving and organic seed resources near year – make sure to visit the Organic Seed Alliance website.

I am not the best seed saver, but I love saving lettuce and basil seeds, as well as lots of my native annuals and perennials for broadcast sowing. The evocative common names of heritage seeds are half the fun…..and the deep satisfaction of self sufficiency and working around seed patents and the likes of large chemical manufacturing corporations – little rebellions like these count for something!

Do you save seeds? Which kinds? I’d love thoughts. I’ve not yet ventured into tomato seeds for instance – it seems intimidating and complicated. If you have thoughts or tips for me on this send them along – send me a note on the contact form here, or leave a comment on today’s program post on Instagram and Facebook.

Garden history, Natural History and Seed Saving - to me these all fall under the umbrella of "Garden and Plant Literacy" which was the rambling theme of the View from Here newsletter this month – if you didn’t get a chance to see it – check it out here, and sign up to receive it monthly if you'd like to stay in touch. 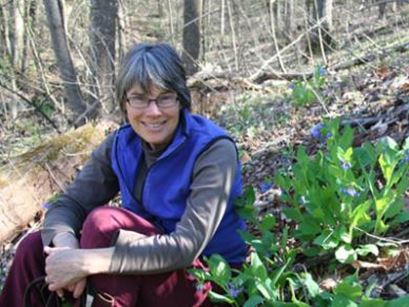 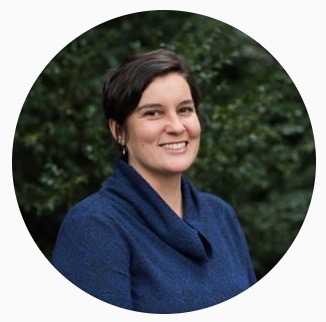 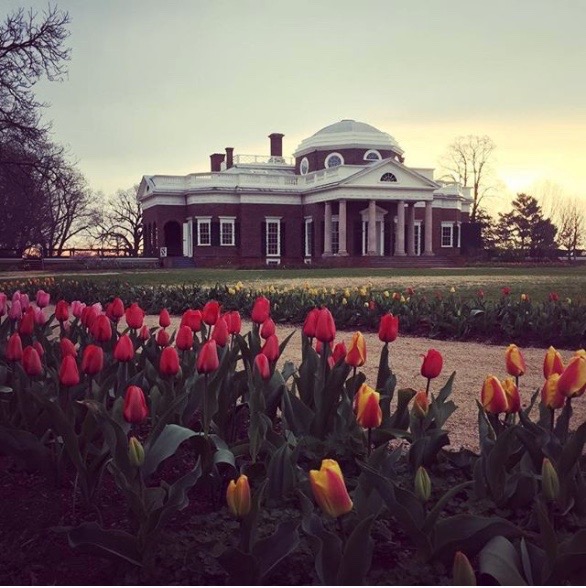 TRUSTING THE NATURE OF OUR GARDENS & SELVES, Camilla Jørvad

FOR THE LOVE OF PLANTS, with HORTICULTURIST WAMBUI IPPOLITO

SCULPTURA BOTANICA (THE ART OF THE GARDEN) with DUSTIN GIMBEL